A Brief History of Military Trail in West Palm Beach

Where Exactly is the Military Trail? 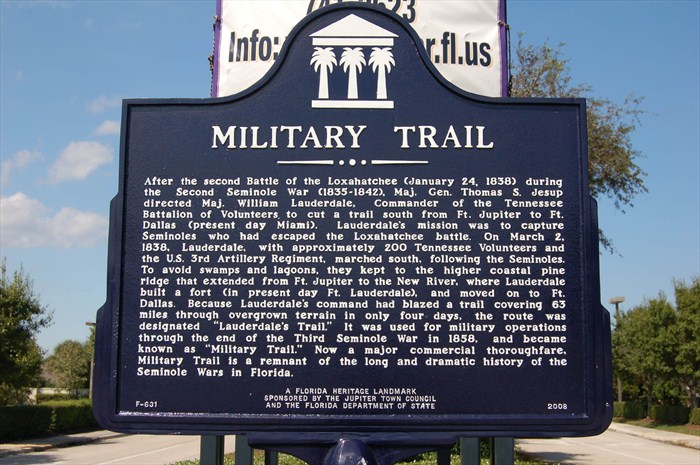 And given the trail’s notoriety as one of the most prolific sites of West Palm Beach car accidents, pedestrian accidents, and multi-car pileups, its name is unfortunately apropos, because Military Trail is a veritable warzone for drivers.

The Military Trail used to extend over 40 miles from Boca Raton’s Palmetto Park Road (also known as CR 798) to Jupiter’s Indiantown Road (also known as SR 706) . It has since been truncated and sections of it were transformed into county roads in 2004.

It represents the boundary between Florida’s Pompano Beach and Deerfield Beach. If drivers continue on with the road into Pompano Beach, it turns in to Andrews Avenue Extension.

How Military Trail Got Its Name?

The Military Trail is so unique because it really lives up to its namesake. The road was used as an actual military trail. Most streets in Florida and the United States have names that have nothing to do with their actual location. Yet the Military Trail was utilized as a significant supply route during the Second Seminole War. 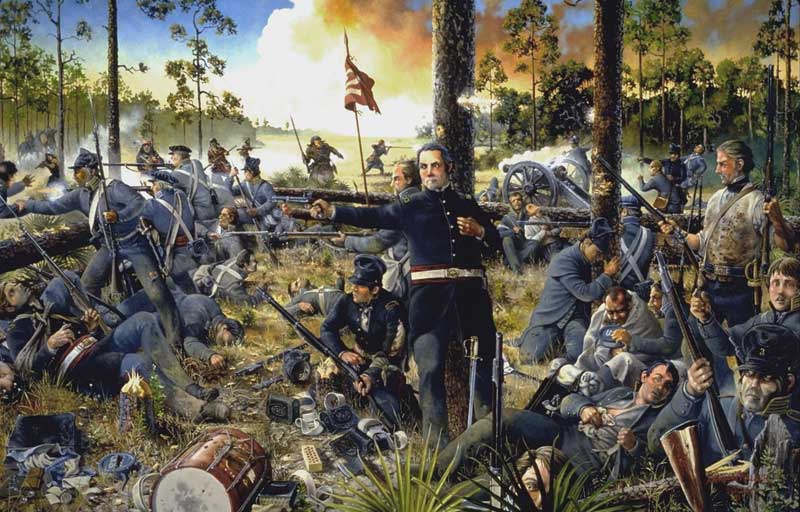 Painting commemorating the Second Seminole War of Florida via SeminoleWars.wikispaces.com

The Second Seminole War was one of the most expensive and lengthy Indian wars ever fought. It was also extremely unpopular among residents of the United States. After the famous battle of Okeechobee in 1837, Major William Lauderdale’s volunteers (about 1,700 Americans) volunteered to help soldiers fight Seminoles and their allies in central Florida on the shores of the Loxahatachee.

This battle occurred in January of 1838 in the area that is now known as Jupiter. The Seminoles dispersed during the battle. About 500 were pushed to the west of what we now know as the Trail of Tears. The others went into Florida’s Everglades. American soldiers proceeded to construct Fort Jupiter, which was eventually abandoned.

After this fort was built, the volunteers and soldiers created a supply trail that went south. This is how the Military Trail received its name. The volunteers proceeded all the way from Fort Jupiter to an open area where they built Ft. Lauderdale. Major Lauderdale died in May of 1838.