How Common Are Exploding E-Cigarettes? 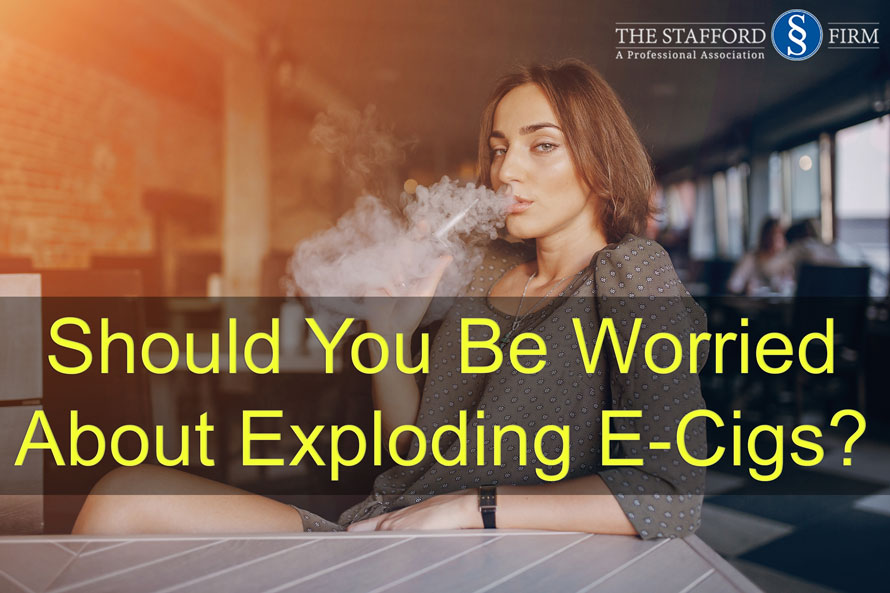 We’ve all heard the stories by now: an e-cigarette bursts into flames while someone is smoking or explodes in their pocket with no apparent warning. These explosions create unique injuries from combining flame burn and blast injury, and can lead to soft tissue damage in a user’s mouth or on their face and hands. But, just how prevalent these types of incidents actually occur remain unclear – although the Federal Emergency Management Agency has identified over 25 cases of E-Cigarette explosions in the United States since 2009.

However, this reporting from FEMA only includes media reports because the National Fire Incident Reporting System does not currently collect specific enough data to provide accurate analysis or the frequency of fires from E-Cigs. Additionally, this does not take into account the fact that vaping has seen a huge rise in popularity since the NFIRS report was concluded in 2014. Just consider the fact that the CDC reported in 2015 that the use of E-Cigarette among middle and high school students TRIPLED in just one year!

Why are E-Cigs exploding?

The culprit is the device’s lithium-ion batteries. These rechargeable batteries, the same batteries that power hoverboards, can burst into flames and cause suffering burns, permanent scarring, loss of teeth and much more. Although incidents of explosions and injuries used to be considered rare, cases of exploding E-Cigs are being reported on a much more regular basis. But, we still aren’t aware of the true number of incidents, for a number of reasons as mentioned.

According to Wired.com, who released an article in February 2016 titled: Vape Pens and E-Cigs Are Blowing Up. Like. Literally, “All in all, it’s relatively rare, but obviously it happens—most recently, in hoverboard scooters…The odds that your vape pen will blow up like an exploding cigar are slim. But it is possible, so your best bet is to buy a quality vape pen from a reputable manufacturer.”

Are E-Cigs really a healthier alternative to traditional cigarettes?

Cigarette smokers opt to vape primarily for health reasons, as E-Cigs are often touted as the safer alternative to cigarettes. Although, it remains to be seen if this is actually true – as there is evidence that E-Cigs may contain harmful chemicals, including carcinogens.

According to a report from April 2015 by lung.org, “In initial lab tests conducted in 2009, the FDA found detectable levels of toxic cancer-causing chemicals—including an ingredient used in antifreeze—in two leading brands of e-cigarettes and 18 various cartridges.”

But, this is just the tip of the iceberg. Because, as you should be aware by now, beyond the possible long-term effects of regularly smoking E-Cigarettes, there is the simple fact that sometimes these things will blow up.

Is anything being done about exploding E-Cigs?

Little has been said about the safety of E-Cigarettes, although in October 2015 the Food & Drug Administration “filed its final regulations to the White House Office of Management and Budget, the eighth step in a nine-step process to regulate electronic cigarettes that started more than four years ago,” according to Motherboard.

If you have been involved with an exploding electronic cigarette incident, or if you are simply concerned about the general safety of electronic cigarettes, you can call The Stafford Firm toll free at (888) 488-5344. We have over 30 years of relevant personal injury experience and can help bring you justice.

Turn Signal Neglect Is A Leading Cause Of Motor Vehicle Accidents In The U.S. »