« 10 Most Dangerous Foods To Eat While Driving

Published at March 6, 2014 by administrator. 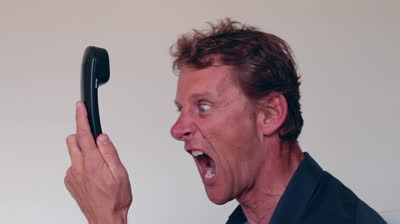 Dealing with another driver’s lousy insurance company after a car accident sucks!

Seriously. It’s like, worse than getting teeth pulled. I have never felt so helpless in my life. It was like being stuck in a bad movie, or a nightmare. Here’s my horrible car accident insurance story, hopefully you can learn something from it:

Not long ago, I was driving along Clematis Street in downtown West Palm Beach, minding my own business, when some nut job in an SUV ran a red light and nailed my sedan. Bam! Right into my drivers side door at 45 miles an hour. Yow, that was a painful surprise.

The next thing I knew, I was in the hospital with a broken collar bone, three cracked ribs, and a broken arm. To top it all off my car had flipped twice after being hit, and it was very nearly totaled.

As I found out, trying to get money out of an insurance company after an accident is kind of like trying to get a politician to personally respond to your e-mail. In other words, it pretty much doesn’t happen.

I mean you’d think the case would be cut and dry. But according to them, that wasn’t true at all.

“Well Hector,” the insurance agent had told me, “I don’t think there’s anything we can do for you.”

“Why?” I’d asked. “Your client clearly ran a red light and hit me. I mean it flipped my car twice. Surely you’ll be paying for the damages to my car and my hospital bills.”

“If you hadn’t had any blame in the accident we would have been happy to assist you in that way,” the agent had replied.

I’d practically yelled. “How on earth was I to blame for this? I was driving the speed limit, in my own lane and was clearly hit when the SUV ran the light!”

I wish I could say the conversation had improved from there but the agent went on to tell me that the police report noted I’d had a coffee in the front seat (which ended up all over the car by the time it was over) and that the radio was on.

According to the insurance company, that meant I’d been a distracted driver and was therefore partially to blame for the accident. Never mind that the coffee was for a friend and that I hadn’t touched it and that while the radio was on the volume was turned all the way down, the fact those two items were present at all meant my case was negated.

So here I sit in my small apartment unable to feed myself since my right arm is in one heck of a cast and my left arm hurts too much to lift because of the broken ribs. I haven’t seen my car since the accident except for in pictures but I understand it was hauled off to the junk yard. You can be sure that if I ever get another one, I won’t drive with the radio on or a beverage in the front seat.

And next time I get in a car accident, no matter whose fault it is, I’m calling a Lake Worth personal injury attorney at the Stafford Firm.

A Car Accident Almost Killed Me, But A Lawyer Saved My Life »